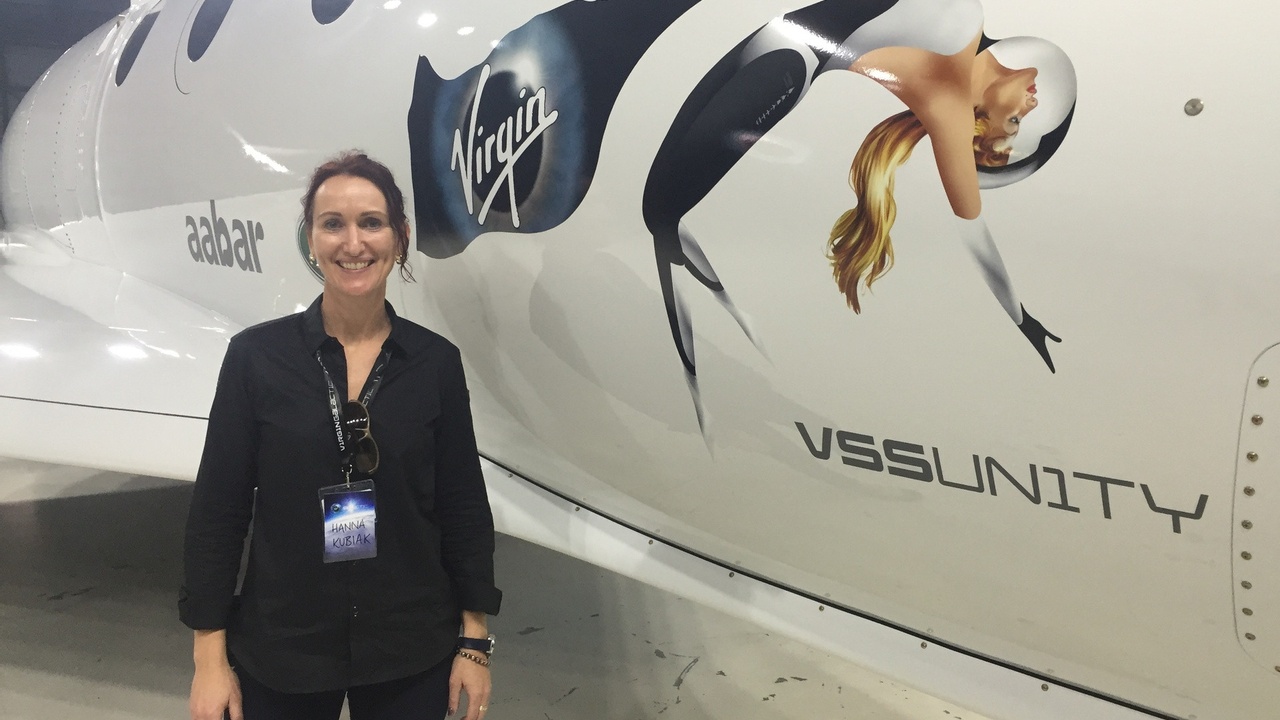 Don’t believe the media hype, it’s not about being first or escaping in a space Yacht-a-Lago. It’s much more than that.

However, many news and social media feeds have since been filled with naysayers and critics, all frothing at the mouth about all the reasons why this “billionaire space race” milestone isn’t a good thing. The vitriol has mostly been variations on the theme of “the rich are leaving you and me behind to deal with their mess”, “tax the billionaires, they shouldn’t exist” or “pay attention to climate change instead”.

They are all missing the point.

The “billionaire space race” is a handy news headline to get your attention, clicks and ad revenue. It’s easy, from that headline, to trigger your sense of outrage at the inequality that exists in the world. And, it’s easy from there to get you to agree with even a flimsy argument that assigns blame.

Don’t fall victim to the hype.

That's not what this is about, not by a long mile.

On July 20th, 1969 Sir Richard Branson looked up at the Moon when humans landed on it, and the experience inspired him to pursue a lifelong dream of reaching space. For a dyslexic non-astronaut who failed high school, this was a tall dream indeed, considering that travel to space was, until last week, reserved for the professional “best of the best” only.

The Moon landing inspired a generation of kids to dream.

They went on to become entrepreneurs, scientists, doctors, engineers and the like and not be limited by their circumstances. The “space race” between the US and the Soviet Union had spurred innovation.

Humans reliably achieving orbit created an opportunity for two nations who were locked in a Cold War to have an outpost at which they could peacefully engage and cooperate to keep their mixed crews of astronauts alive, ignoring political party lines.

Space, and Low Earth Orbit, enabled something we could not easily do on the planet’s surface: connect.

The Moon landings continue to inspire us to this day to reach further, think bigger. I have yet to hear someone say “Oh, we shouldn’t have spent all that money to go to the Moon. We should have used it on other things.”

We all know that freeze-dried snacks were originally developed by NASA for astronauts and “space blankets” for thermal insulation on spacecraft. GPS is a space-based technology we all use every day. A quick Google search for “Things invented by NASA” yields an additional plethora of items invented, discovered or developed as a result of NASA spaceflight research.

Here are five of my favorites from the NASA Technology Transfer Program and NASA Spinoff Database:

And, most importantly of all, NASA technology is used in many, many ways to monitor and fight climate change.

The best of our innovation addresses our most urgent crises.

The Shuttle and the International Space Station inspired the next generation of kids, who are today’s senior aerospace engineers.

By the late 1990s some of those engineers were frustrated that the space industry had slowed in terms of innovation. Risk was avoided. Failure was not an option.

Going back to first principles, Elon Musk realized he could build rockets cheaper and faster and fly them more often than NASA and the incumbent companies. He reintroduced the tolerance of risk and failure into the space industry. He challenged the accepted status quo. He created thousands of jobs and revitalized an industry.

Then, he said he’d land rockets, backwards, on floating platforms in the ocean. He was laughed at. And then he did exactly that.

Since 2002 SpaceX has inspired a new generation of kids to focus on STEM disciplines.

And they are the young engineering grads now excitedly announcing their summer internships. Some even through amazing organizations like the Brooke Owens Fellowship and the Matthew Isakowitz Fellowship Program.

In the process, they’ve created jobs, and inspired other innovators.

The result is a space tech ecosystem that was unimaginable when I joined the industry, fresh from my postgrad program in the mid 1990s. Such a variety of companies and sheer volume of job opportunities would have been science fiction back in the mid 1990s. 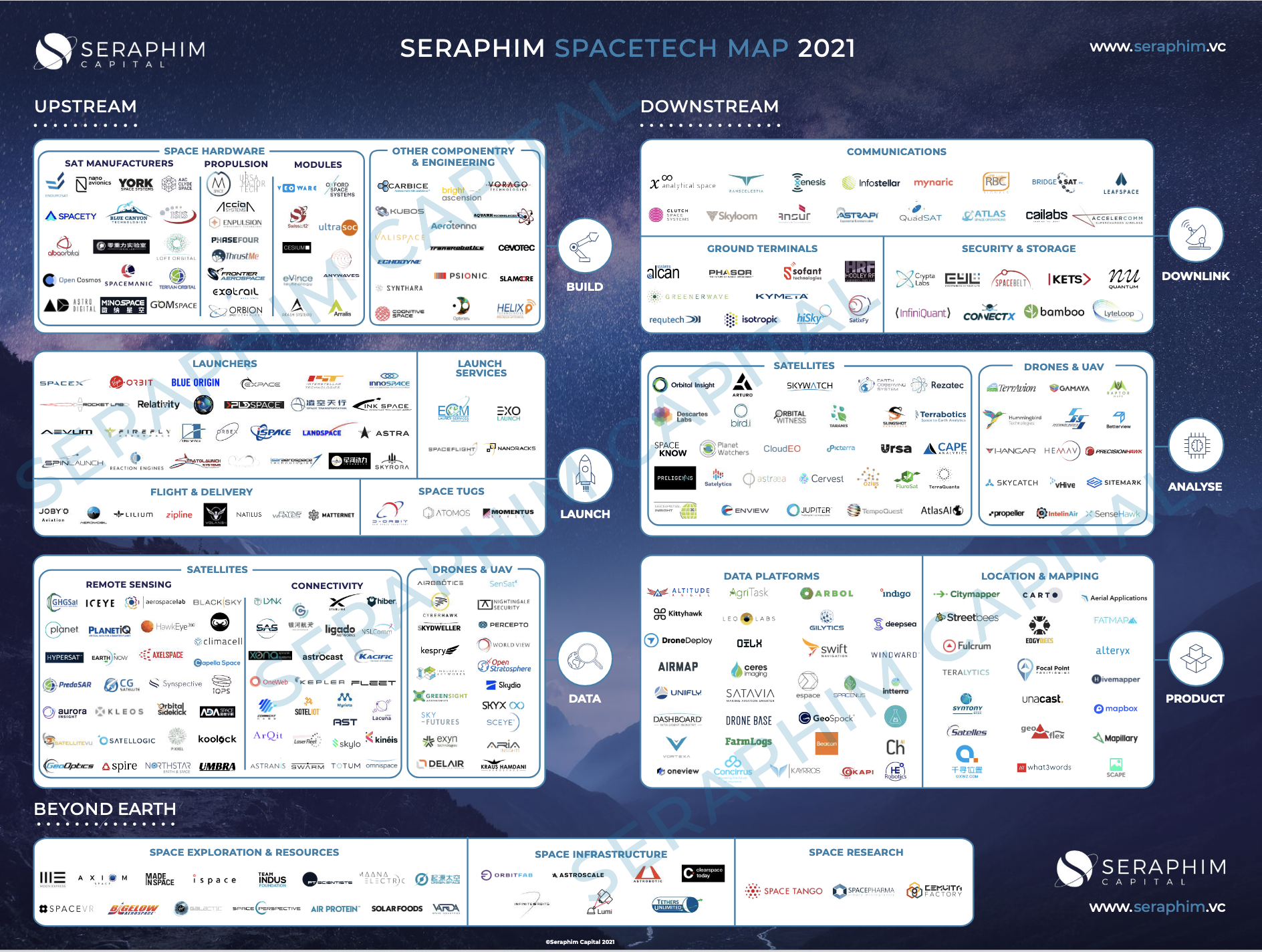 One of the most important sectors of this industry is the earth observation sector. The companies in this sector enable us to monitor greenhouse gases, ice loss, water levels and a myriad of other aspects of climate change.

Without this ability to understand the changing planet and our effect upon it our ability to respond to the crisis we are facing would be significantly diminished.

One could argue that the net effect of all of this is that we now have multiple NASA's worth of innovation happening, at the same time.

That, especially for the fight against climate change, is a very, very good thing.

This week, and Virgin Galactic’s flight, is another inflection point.

An inflection in terms of what’s possible - for all of us.

Astronauts who have the experience of seeing our home planet from above usually - not always - experience what Apollo 14 astronaut Dr. Edgar Mitchell termed “The Overview Effect”: overwhelming emotion and feelings of identification with humankind and the planet as a whole.

Interviews with astronauts after return to Earth show that they express this shift in perspective in different ways - some artistically, some scientifically, others through activism.

To date, only 583 people have been to space, and all but four of them were professional, agency astronauts. All were able-bodied, and the vast majority are white males.

Whether it’s Jeff Bezos’ Blue Origin New Shepard or Virgin Galactic’s SpaceShip Unity that’s taking people to space, a few at a time, within a couple of years we will have doubled or tripled that number.

Even if only a small portion of those new commercial astronauts experience the Overview Effect, imagine the ripple effect of people from all walks of life returning home forever changed by the experience.

Feeling more connected, more invested, in the well-being of our little Spaceship Earth and everyone flying on her.

Determined to make life better for all.

That's what it's about.

So forget all the protestations about Mars-A-Lago and billionaires jetting off-planet to luxury space yachts, leaving the rest of us to deal with the climate disaster. Those are great science-fiction movies, but the reality is far more mundane.

According to those who help keep the ISS crew alive by working console in Houston, life on the ISS is an endless parade of cleaning, fixing things that break so that space doesn’t kill you, exercising to ensure you can walk when you return to Earth and dealing with toilet malfunctions.

And yes, the tickets are prohibitively expensive, for now. So was rail travel and so was air travel when they first started. Prices will become more affordable.

I sincerely hope you’ll consider making the trip to space.

It’ll be worth it.

It may just change your world view.

And you may just change the world.

I deliver keynotes and talks on this and related topics so if you want to change your world view and see the bigger picture, contact me.