Self-awareness doesn’t always begin with meditation. Mine began with drowning. 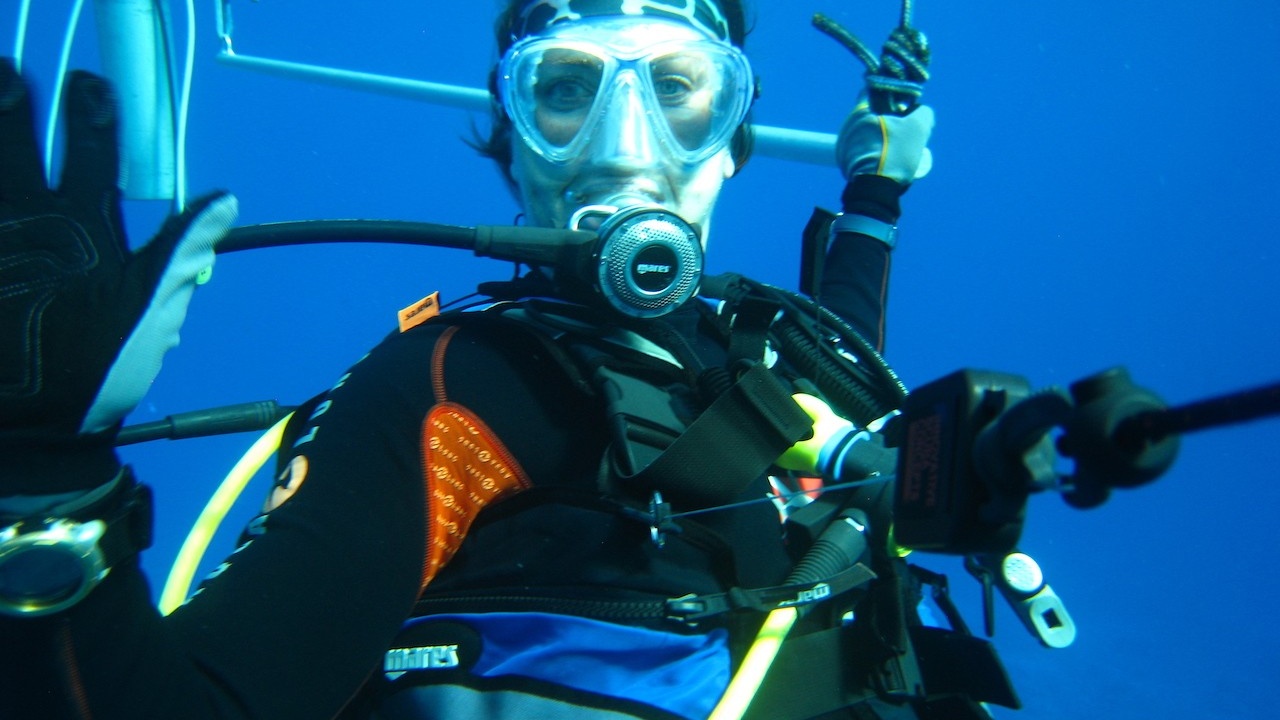 I was 100 feet underwater in the Straits of Hormuz, my lungs full of water.

My friends and I were scuba instructors, and we were doing one of our favorite dives. It was a deep dive, and we knew we were likely to encounter the “big critters”: Hammerhead sharks, possibly even Whale sharks.

Being experienced divers and good friends, we liked to play practical jokes on each other.

Shortly after we descended the anchor line to the sandy sea floor one of the guys swam behind another diver, and turned his air off.  This was a joke we routinely played on each other. We all had pony bottles and additional regulators on our rigs so we always felt safe and well supported during such shenanigans.

As expected, there was a moment of comedy as the diver in question realized his air wasn’t working and, laughing in his mask gave the international underwater sign for “F* You!”

The jokester quickly turned the diver’s air back on. A flurry of hand signals ensued, each more colorful than the last.

I was laughing so hard in my mask that, for a moment, I stopped paying attention to protecting my airway – that is, making sure I had a good seal around my regulator, or breathing device.  As I laughed hard I smiled, the seal broke.

On my next breath I inhaled not air, but water.

Enough to make me gag and immediately realize that I was in trouble.

Panic set in and I did two wild kicks for the surface.

Then, thankfully my training took over.

I realized that because of how deep we were and how far away we were from help, if I kept kicking for the surface I would die. If not en route to the surface, then shortly afterwards.

With the nearest recompression chamber at least 5 hours’ journey away, the bends – a particularly unpleasant way to go where your blood literally boils with nitrogen gas coming out of solution and you die of an embolism in the lungs, heart or brain – would be my fate.

Time slowed to a crawl.

I had to breathe.

But every time I tried to breathe in I just coughed violently, losing more precious air.

I willed myself to stay calm.

I evaluated options, realizing that the only way to get the air I so desperately needed would be to very slowly sip it.

I ignored the panic and the inner voice screaming at me to gulp air fast.

Slowly, ever so slowly sipped air so that I wouldn’t activate my cough reflex.

It seemed to take forever.

The voice in my head yelling at me to breathe got louder and more insistent.

I could feel the adrenaline surge through my body as my panic rose further and my fight-or-flight reflexes reached their limits.

Don’t kick for the surface.

I fought to stay focused on sipping in air, even as my vision started to go black at the edges.

I kept my eyes on my dive buddy who was holding on to me, eyes wide, signaling “Are you OK?”

Finally, I felt I had enough air to try coughing the water out. I knew I only had one chance.

I coughed as hard as I possibly could.

The water left my lungs.

I gasped an enormous breath of air.

And immediately started coughing, the last remnants of the water in my lungs activating the cough reflex.

After three or four breaths the coughing subsided.

I gave my dive buddy a shaky “OK” signal through eyes full of tears.

This was my introduction to the power of the mind.

Imagine: you’re in mortal danger and the only way to survive is to not get swept up in panic.

Override your primal brain and body’s most urgent survival messages.

Do the completely, utterly, counter-intuitive thing.

For days afterwards I considered what had just happened, and how I was able to do all of that.

I started reading science papers on the autonomous nervous system and the neurobiology of survival. What started as a curiosity into the drivers of my experience, over time grew into a passion for understanding the psychology of flow, peak performance states, human adaptability and resilience.

But the biggest lesson of all was the experience of separation of my awareness from what was happening to my physical body; the understanding that we always have the choice of how to react.

Even in the most high-stakes situations.

The power of the mind and its ability to overcome the most difficult of circumstances is staggering.

Every single one of us has this innate ability.

This ability - to separate our thinking from our physical circumstances, to recruit so much more of our awareness and to always retain choice in our reactions lies at the core of the work I do today with my coaching clients.

I returned to the same dive site the following week.  My dive buddies and I continued to play practical jokes on each other.

Twenty five years later I still love scuba diving and dive every chance I get.

EVA is a nod to Hanna’s aerospace and oceanography background, a reference to Wall-E’s object of desire and a reminder to *not* keep arms and legs in the vehicle at all times.

To read more from Hanna, join thousands of readers of her weekly email.