Not All Rules Are Created Equal 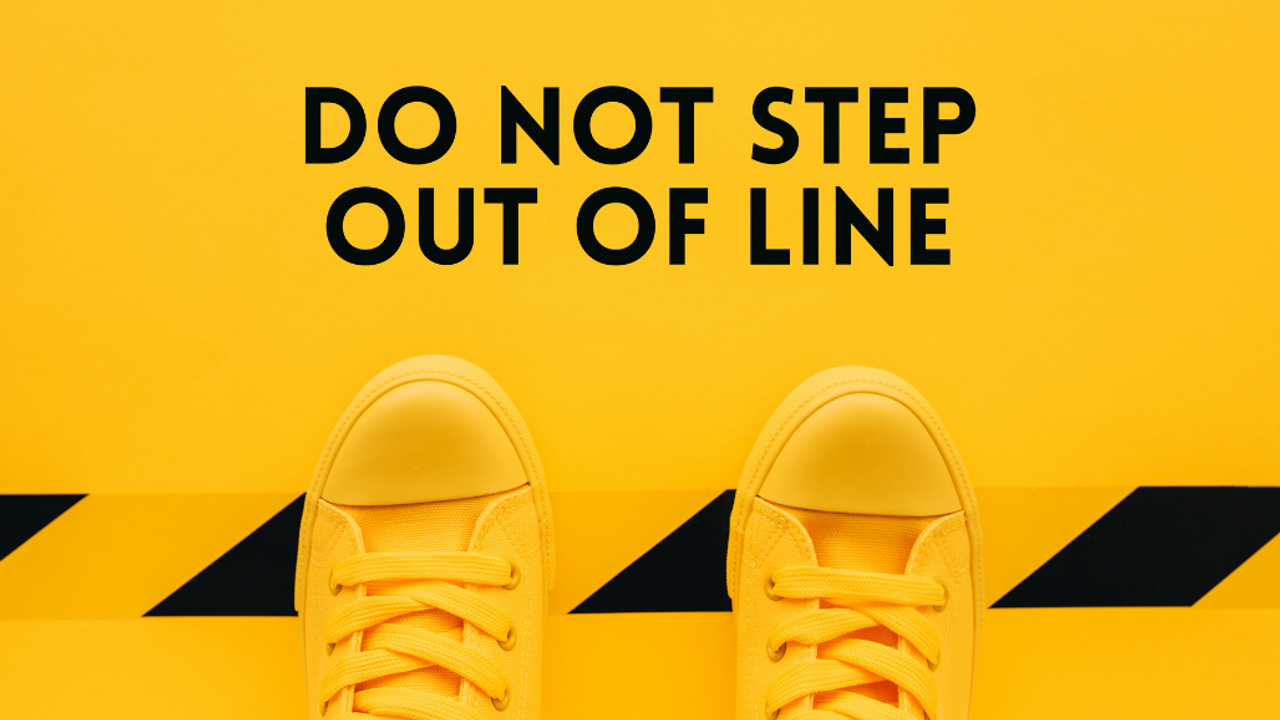 Let’s grab some crayons and smear all over the lines today.

Some “rules” are just begging to be broken.

Let's be clear here: I’m not talking about moral rules – the don’t murder people, don’t be an asshole, don’t steal stuff, don’t screw people over, don’t cheat on your partner type rules. Those I abide by.

Basically, I strive to be a good human being, and I expect my clients to do the same.

Some rules? Oh they just stink.

Women, and especially women leaders, are all too familiar with these.

The impossibly thin line of what’s “acceptable” in terms of speech, wardrobe, behavior and appearance, for example.

The expectations of invisible labor.

Before you roll your eyes and think “Oh she’s a feminist”.

Feminism has a terrible tendency to blame men and see them as the enemy.

I prefer to uplift women and to see men as allies, or allies-in-training. In fact, roughly half of my private coaching clients are men.

But, I digress. Back to the lines.

Are You Should-ing All Over Yourself?

Chances are, as a kid you were taught to color inside the lines.

First, your parents told you how to behave.

Then, you internalized their voice as your Inner Critic, which helped you stay on the straight and narrow and out of trouble.

I’m betting he or she is a hard task master. I’m betting that you hear a stream of “I should….”

And here’s the thing: in our early life coloring inside society’s lines was important. It kept us alive by ensuring we didn’t stick our fingers in the electrical socket, or pull the hot pan off the stove onto ourselves.

Now, as adults we get to be more discerning about which lines are important and which ones are not -  but our Inner Critic often hasn’t kept up with the times.

So we “should” all over ourselves to fit in with what’s expected of us -  and in doing so we don’t go after what we want.

The things that fulfill us.

The things that bring flow.

And that doesn’t make us happy or satisfied.

And all those “should”s really get in the way of asking for things.

If you do, that’s fantastic.

If you don’t, I can help with that.

Imagine asking for that thing in a way that made saying yes so compelling that the person receiving your request not only wants to say yes, but actually wants to make their yes even bigger than you had hoped for.

That’s asking outside the lines.

It’s powerful, liberating and it’s the path to getting success on your own terms.

Whether it’s money, title, position, responsibility, a favor, or a home cooked meal, learning to ask outside the lines will change your career and life.

Trust me on this one.

EVA is a nod to Hanna’s aerospace and oceanography background, a reference to Wall-E’s object of desire and a reminder to *not* keep arms and legs in the vehicle at all times.

To read more from Hanna, join thousands of readers of her weekly emailed articles.