Landscapes, Shifting: A Memory From Africa. 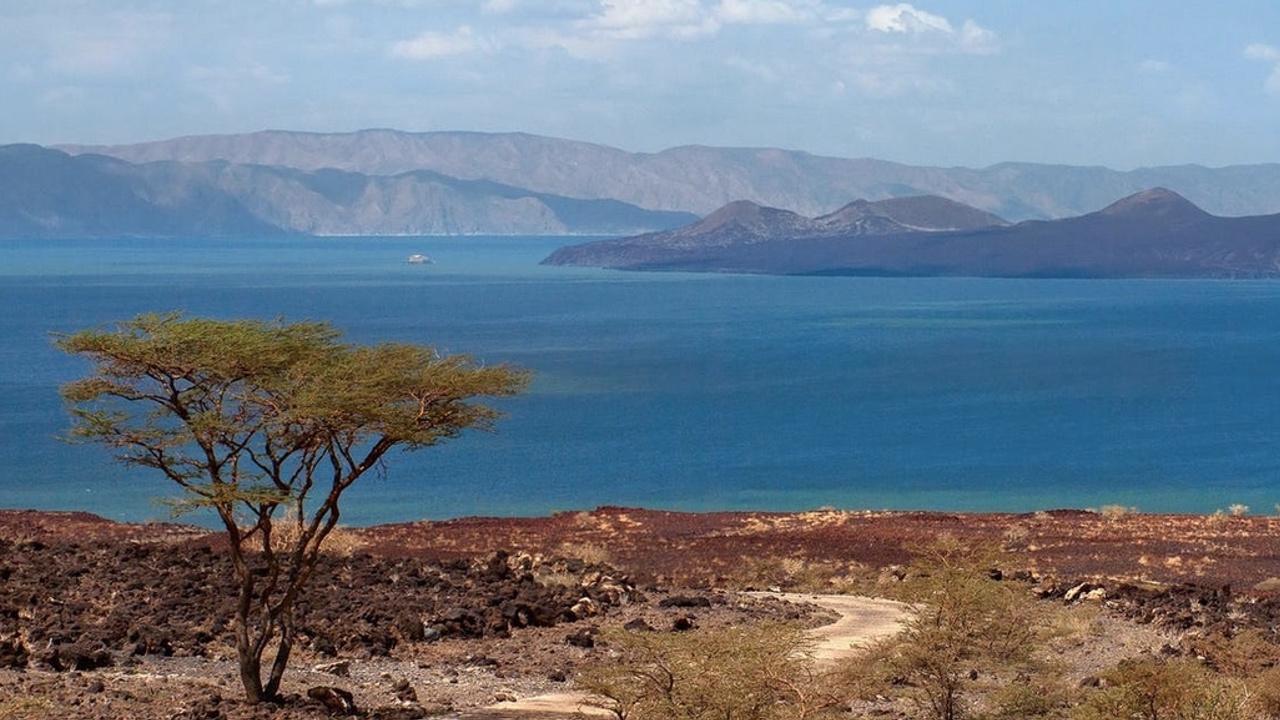 Eyes wide I stared at the mothers and children, bodies glistening in the sun, their nakedness unabashed as they stared back at me.

Where had they come from? I took another look around. As far as the eye could see in every direction there was just the undulating landscape of lava rock and black volcanic sand.

The land looked like it had been tidied by a giant who’d swept up the porous, bubble-filled rocks into tidy piles. Between the piles, a sandy earth. Hardly a thing grew anywhere - barely a plant, barely a blade of grass. The sun beat down in the way it does at the Equator: unrelenting, unmerciful, constant. Not a speck of shade anywhere. A hot, dry wind blowing past us constantly, the kind that we read about in novels, the kind that drives characters mad into the night.

Our truck and it’s punctured tire sat by the side of the road. Outside of our group of seven we hadn’t seen another human being in two days. Our two guides, Maasai warriors, were busy using homemade tire irons, wresting the enormous tire off the hub of the 10 Ton UK army truck wheel. Hopefully they’d be able to fix the puncture.

And yet, walking slowly out of a dip in the landscape, these mothers had appeared, children in tow, healthy, strong, smiling mischievously.

“Photo! Photo!” They held up their hands to show five; even here in the lowlands of the headwaters of the Nile they understood commerce perfectly.

Smiling, I gestured them over, picked up my camera, and replied “Photo.” I handed over my money. I took some photos, and then reached into my bag and pulled out some bar soap and Biro pens which I’d been instructed to bring with me as barter.

The mothers shrieked with delight as I handed over the soap. For the first time in my life I heard a human being ululating. It was an exquisite sound. They smiled and laughed with me, speaking quickly to me in Swahili and their own language. I didn’t understand a word but our smiles said everything we needed to. The children asked “Sweet, sweet?” I said I had none. Dentists are hard to come by in the middle of nowhere.

I had no idea that it would be here, in the hottest, most inhospitable and deadly to me environment that I would be humbled to my core by the resilience and adaptability of the human being. These mothers were creating and nurturing life in a landscape that would demand mine in a matter of hours. The skill, strength and resilience of these women made me feel inconsequential, weak and ill-equipped to deal with what our planet could throw at us.

Everything I had been taught about race was ripped apart.

Somehow, in that moment, a thread of humanity connected and grew stronger than the British class system I’d been taught to believe, and the institutional racism we had encountered while living as expats in the Middle East.

Much later that day, after the women and children had left, the truck tire had been fixed and we had arrived at our next camp site - an empty, unmarked flat spot next to a saltwater lake - I asked Alois, our driver, about the women and children we’d met. I learned about the massive nomadic encampment nearby, and how the nomads had learned to find water underground and follow it. How they built huts from fronds harvested from the few palm trees around the lake. How the women took canoes to the island, braving the crocodiles, whenever they had their menses.

We went to the island the next day. Crocodiles followed our canoe, only eyes above the water. It was like a scene from Peter Pan. I nervously watched the water just an inch below the gunwale. I could practically hear the tick-tock-tock-tick-tock.

Once again, standing in the hot wind on a barren volcanic rock-strewn island in the middle of a crocodile-infested lake I felt my internal landscape shift. I was a speck. A tiny speck in this enormous, complex web of life, death, survival and love.

It's been over 30 years since that day, but I remember it as if it were yesterday. Some moments never fade from our memory.